“Why do you rescue dogs from Mexico?” 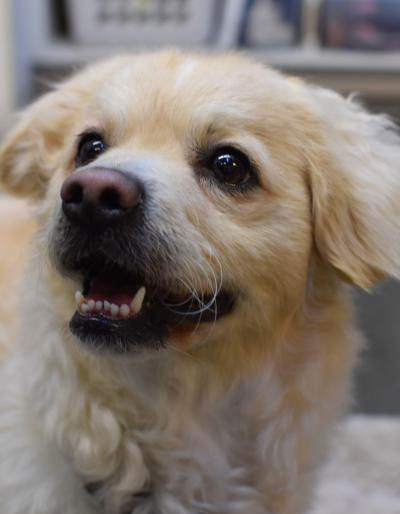 I have been rescuing dogs from Mexico for fifteen years.

During that time, there is one question that has continually been raised that I want to discuss, dissect, and lay wide open for inspection once and for all.

“Why do you rescue dogs from Mexico when dogs in the U.S. need your help?”

Animal transport from overcrowded communities to communities where there is a void of adoptable animals is a practice approved by all major animal welfare agencies: SAWA {Society for the Advancement of Animal Welfare Administrators}, HSUS {Hume Society of the United States}, and the ASPCA {American Society for the Prevention of Cruelty to Anmals}.

The essence of the reasoning is best explained by the “supply and demand” principle of microeconomics. There is an over “supply” in point A of animals that face little to no hope of adoption, will face euthanasia or be left to languish.
At the same time, there is a “demand” at point B where shelters face a void of highly adoptable animals, are sitting empty, and adopters are unable to find companions.

By transporting dogs out of the “oversupply” point A you help to increase the amount of animals who make it out alive, decrease the number who are euthanized, and you free up valuable resources to care for the animals left behind.

And, of course, you save that animal’s life.

By transporting those dogs in to the “demand” point B you help to make matches between adopters and companion animals, create diversity in your shelter population, and work toward utilizing your facilities, staff, and programs to capacity.

And, of course, you save that animal’s life.

I think what many people don’t realize is that there are these “demand” point B locations. Communities where shelters sit mostly empty, where adopters enter and walk out without a match due to the low volume of animals, where the demand for animals far outstrips the local supply.

Adoptable animals are not euthanized in those communities. They are adopted. Quickly. And there aren’t enough of them.

With that understood, the question still remains why don’t we go to the “oversupply” points in the U.S. – why Mexico?

In actuality, we do rescue dogs from those points in the U.S. In fact, 70% of the dogs we rescued last year were from overcrowded shelters in the Central Valley of California {2}

That said, what about the 30% that come from Mexico. Why do we rescue them?

At this point, let’s take a deliberate and far-reaching break from market theory and statistical analysis.

Now, I want to speak from the heart.

Why do I rescue dogs from Mexico? Because they so desperately need our help.  The magnitude of their suffering, the bleak and harsh landscape into which they were born, the total and complete lack of humane options for these animals, it screams to me from south of the border and calls me forward to do whatever I can.

In addition, and this may be where the true moral crux of my argument lay, because I see no distinction between the inherent value and worth of a dog based on where he or she happened to be born. A suffering animal is a suffering animal and my compassion is not bound by geography nor conflicted by national loyalties.

What difference does it make if we choose to rescue dogs from an overcrowded shelter in the Central Valley of California or if we go a couple more hundred miles south and get them from below the border? Wherein does the conflict lie?

Is it the national boundary? A geographic distinction which somehow shrinks that animal’s value and pushes it out of our realm of moral concern? What exactly is it????

My rational mind steps forward. Perhaps it is a question or concern about disease? Fair enough. But, we provide a voluntary quarantine, vaccinate, deworm, sterilize, and provide all medical care for animals prior to transport. So, let’s dismiss that, shall we?

Is it a question about us not helping animals in the U.S. if we are busy with those south of the border? Well…. OK…. however, we rescued nearly 500 animals from the US in the past year alone and provided access to free veterinary care and spay/neuter to over 2,000 more. So, can we lay that concern to rest, as well?

Undoubtedly, there are those who believe that we must fix our problems “at home” first before reaching outward and bringing resources there. But, why can’t we do both? Why can’t we help right here at home and also extend ourselves to where we see the need, where our hearts lead us, where we can do so much good?

This is a classic ‘either-or’ fallacy, a false dichotomy that prevents us from viewing the world around us with a broader lens; that works only to limit rather than to strengthen our ability to make a difference.

Circling back to the geographic distinction for these animals, only this time from my perspective: You want to know what the difference between a homeless dog just north of the border and one even just a few miles south of it is?

Allow me to shed some light here. The homeless dog here in the U.S. will, at the very least, have the chance of a humane death if there is no chance of rescue or adoption. By and large, this is true of nearly all U.S shelters at this point.

In turn, the animal south of the border does not have that same guaranteed fate. He or she will either languish, starve, or suffer on the streets or, if they are rounded up and captured by animal control, they will be electrocuted – the most common method of killing unwanted animals in Mexico.

The need is so great. The resources so few. The animals so precious. Why wouldn’t we help? The life of every dog is every bit as valuable as the life of any other. Plain and simple.

Whatever we can do, each of us, in our own way, to bring compassion, alleviate suffering, break down barriers, and facilitate kindness and joy should be celebrated and encouraged.

In an increasingly globalized reality we can find ourselves standing face to face with some frightening prejudices and limited views based on nationalism that only work to undercut our overall humanity and the beauty, wisdom, and creativity that each of us contains and can utilize to make the world a better place.

So, I say, follow your heart. See where it leads you. And start right there, wherever that may be.  Set your compassion ablaze.