Pets of the Week “Wooster & Jeeves” 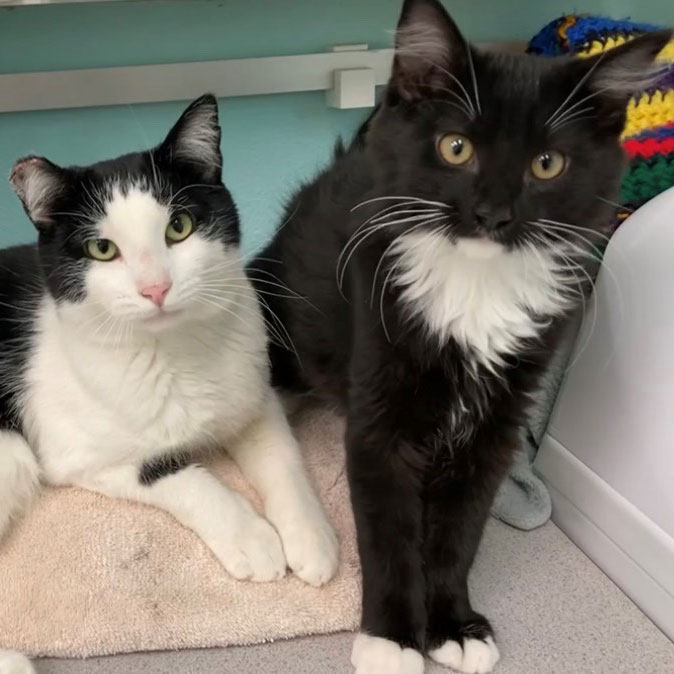 Care for a cup of tea? This notorious dynamic duo is sure to add charming character to your home. Bachelor Wooster and his talented valet, Jeeves have found themselves navigating the cat-societal mishaps of San Juan Island. You see, somehow they both ended up in a cat trap together and were labeled as pesky “ferals,” immediately sent straight to the animal shelter to be “dealt with.” Fortunately, for Wooster, his pal Jeeves went ahead and beguiled the shelter staff into bailing both of them out by using his cunning demeanor and his flawless tuxedo. Don’t be fooled though, Wooster can be JUST as charming as his main man Jeeves, however he is more independent and not used to asking for help. Now Jeeves and Wooster have found themselves as a couple of homeless besties looking for a new place to dwell. The shelter staff won’t let them leave until they have something lined up. Perhaps you have something worthwhile? It doesn’t have to be anything boujee…but they would like to stick together.