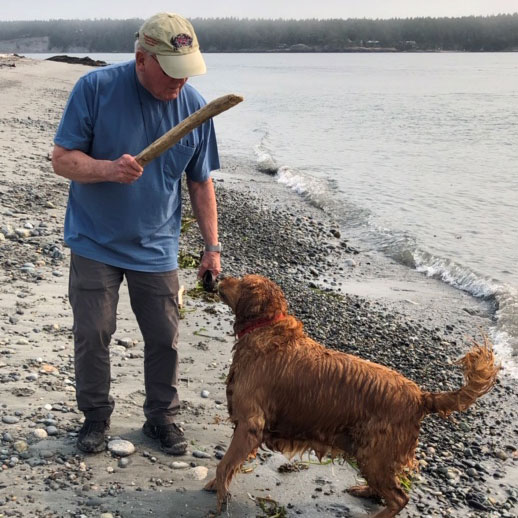 Tom and Barbara Cable bought a home on the island thirty years ago and have lived here full time for the last fifteen years. Tom co-chaired the Peace Island Medical Center project and currently serves as chairman of the PIMC Community Health Board. He also serves on the board of the San Juan Island Community Foundation.

After moving to Bellevue in 1975 Tom co-founded Cable & Howse Ventures, a venture capital firm, and Cable, Howse & Ragen, an investment banking firm. Active in the research and technology community, he co-founded the Washington Research Foundation in 1981 and currently serves as vice chair. He is a past chairman of the University of Washington Foundation, co-founding vice-chairman of the Technology Alliance and founder of the Alliance of Angels.

In addition to WRF he currently is the lead independent director of Omeros Corporation and a director of The Institute for Systems Biology.
Tom is a former U.S. Navy submarine officer. He received his BA from Harvard and his MBA from Stanford. He and Barbara have been married since 1962 and now have an extended family of fifteen people and seven dogs.

Tom can regularly be found mid-morning in American Camp hiking with Winston, his fifth Golden Retriever.